A downloadable set of fragments for Windows

In memory of Charlie Schulz

In February of 2019, my best friend Charlie took his own life. In the months leading up to it, he and I had begun working on a game together, but due to a busy college schedule and lack of funds, we had to put it on the backburner.

In his memory, I think it's time to finish that game. Charlie was insistent that "if anything bad ever happens to one of us, the other's gotta finish it."

I've attempted to start this project a number of times, under different names and perspectives, but the only way this feels right is to speak to my own experiences with grieving for him, while also presenting his vision to the best of my ability. The Drowning Machine is the culmination of this project, to be released in multiple excerpts, and eventually a larger framing narrative. These excerpts will be contained within the full game. This game is in no way perfect, and is a work in progress. Consistent updates will be made to all parts.

I knew what I had to do, but after the last open casket I wasn't sure I had the strength to do it. But I made a promise.

Eulogy was created in 3 hours, using the poem "Your Actions Will Have Consequences" written by Charlie, provided before his passing.

During a period of grief, sometimes it's better to fight your way the surface, trying desperately to breathe again. Sometimes, it's safer just to sink beneath the waves.

Wanderlust contains excerpts from the poem "Break (It) Down" written by Charlie, provided before his passing.

Hey Brother! Its really SAD whats going on in your life. But you have to recover and make your best friend proud so he REST IN PEACE. You have shown what friendship is when i see many friends leave and cheat but you are such a good soul that you remember your friend moments. YOu have a good heart. Please carry on with your work… and Charlie is proud to have you.

I can feel your speech and affection for your mate its very sad to speak about the moments talks jokes you both did. SO as Charlie is a warrior now you have to be warrior ;))

I really appreciate your efforts and condoleances for Charlie Family.

Thank you, I really appreciate that. There will be more parts coming soon to tell the whole story.

I would love to know.

Thank you, I just want to do my best to honor him.

I'm so sorry for your friend Charlie. He would've been proud to see you finish the project. I can see how you feel in this game. It does send out an important message about suicide prevention. I'm glad to experience the game. I hope you're doing good as well.

not the type of game you should post a reaction to on youtube, seems insensitive to me, having lost someone..

I'm glad the game meant something to you both. While ordinarily I try to keep things like this private, I know for certain that Charlie knew that this story would help someone out there. Honestly if this game is able to help even one person understand what it would be like to lose them, and show them that it's worth it to keep going, it'll be worth it for both of us. I appreciate any help spreading his message. I appreciated your respect of the source material in the video.

The Drowning Machine is a chance at closure for both me and him, and I'm just glad that the message has gotten out.

Thank you both for playing

Even though I age-restricted this video, the developer wants me to play his game to honor his friend's wish. It shows that I care for people than my own content. That's why I respect every single creator on itch.io, and it is a blessing that if ANYONE can play their games, then I'll be the first one to make it happen. You can literally see my progress on YouTube, and how many times I supported the creators. Don't you dare say that I didn't care about him.

I never said you don't care, please don't put words in my mouth. Have a nice day.

deep story and rip for friend.

Thank you. There will be more excerpts released shortly, so stay tuned

i am really sorry for your friend, the game was great and i am sure that he would have been proud of you for making it!

Thank you so much. I just want to do his vision justice, so I appreciate that :)

Thank you for playing. I'm really excited at the idea of this being able to do some good in the world.

Beautiful words for no doubt a beautiful person. Thank you for sharing!

Thank you. It was hard to get through the speech a second time, but it was worth it. Glad it meant something to you! 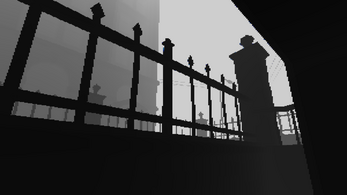 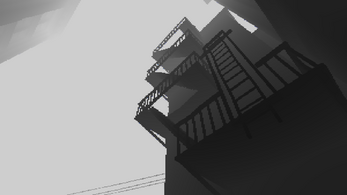